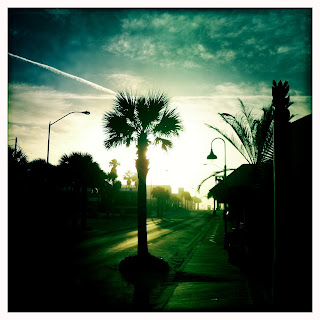 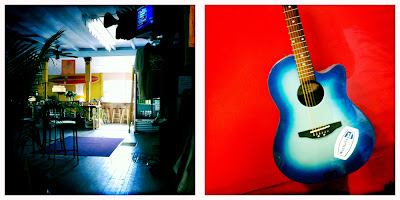 Coffee? Check out Chuckeyta's on Flagler Avenue near the beach. It's a local's spot that has homemade muffins, sandwiches, and quality coffee. They also have wifi and an eclectic array of furniture. If you're working, sit at the owner's grandmother's old dining set. Tacos? The Taco Shack on N. Dixie Highway is a brilliant, relaxing joint. Definitely order the fish tacos, a roasted pork taco, and a steak taco. Sit and relax in the open air "dining room" with a beer while waiting for your food. The freshly made chips come out hot and crisp - don't fill up too much. 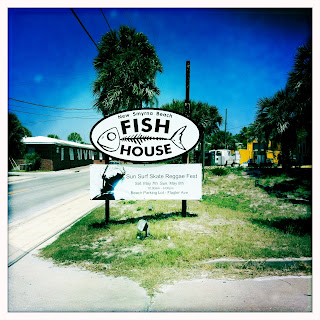 Fish House
Fried Oyster Po' Boy? Fish House is located just off Flagler Avenue and right next the beach - in fact it's basically in the beach parking lot. There's a variety of options on the menu, but the fried oyster po' boy is very tasty - get the remoulade sauce as well. The bun's toasted, the oysters are crispy and the sauce is spicy. Crunch, crunch, crunch and it's all gone. Order a Land Shark beer to wash it down. The blackened Mahi fish tacos aren't bad either - but not as good as The Taco Shack's. 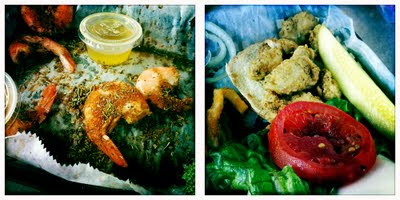 JB's Fish Camp
Local Fish? JB's Fish Camp is just what you'd imagine it to be - on the water (river) - fresh fish - very casual. The crab balls are a must and the spiced shrimp too. Beyond that, just make sure you order something fishy. Get their early too, in the evenings when the sun's setting, it's a mob scene.
Email Post
Labels: Chuckeyta's Coffee Fish House Fish Tacos Fried Oyster Sandwich Mexican New Smyrna Beach Taco Shack