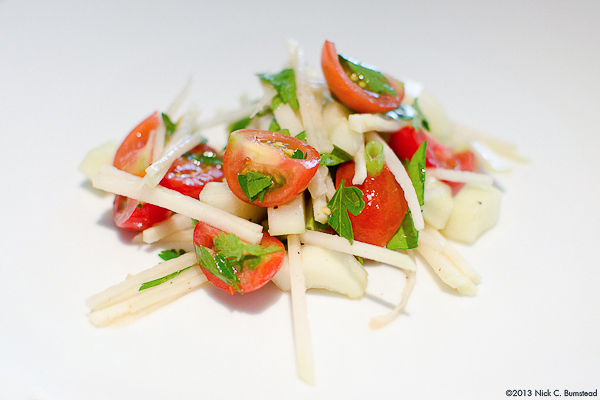 Directions
1) In a bowl add the first four ingredients.
2) Sprinkle with some chive oil (recipe here) or olive oil - not too much, just a enough to "glaze."
3) Sprinkle with even less sherry vinegar, basically in proportion as if you were making a vinaigrette.
4) Gently blend / fold the ingredients using a spoon.
5) Add the parsley, cilantro and season with sea salt and pepper.
6) Again, blend everything together and serve.