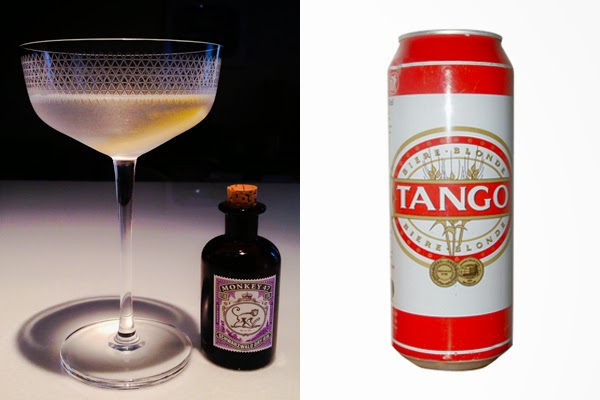 Today's match between Germany and Algeria has a lot of historical weight to it, if only from the Algerian side. For more on that read this NY Times article.

For Germany, it's time to move on from beer. Another import I brought back from Paris on my most recent trip (just before it started being imported into the US) was Monkey 47 Schwarzwald Dry Gin. It's a little expensive, but really tasty. From the Black Forest, it apparently has 47 botanicals and it tastes super clean, fresh, floral, citrusy and grassy. When drinking something this expensive, best to go simple: a martini.

Tango is brewed in Algeria, but was acquired by Heineken in 2008. They produce a few beers: Bière Blonde, Gold, Samba. The Blonde is a pale ale that is golden in color with a slight bitterness. Sounds like something drinkable, but not fascinating.
Email Post
Labels: Algeria Drink the World Cup Germany Martini Monkey 47 Gin Tango Beer World Cup